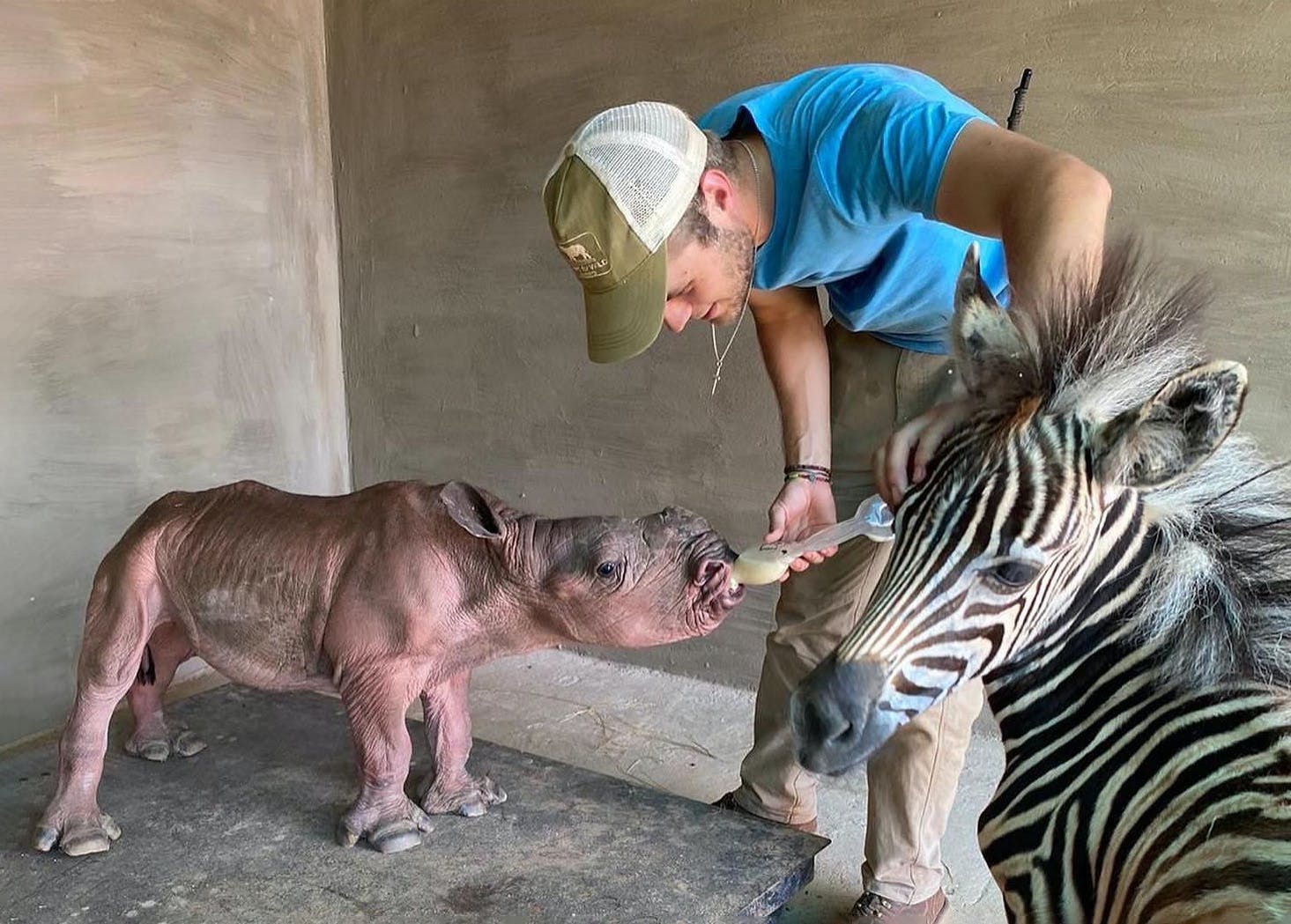 Daisy, a baby rhino, and Modjadji, a baby zebra, have become the best of friends while recovering in the ICU at Care For Wild Sanctuary, an RRF grantee. Both babies were rescued from the wild with life-threatening conditions. Modjadji was found clinging to life after heavy rains. She developed severe anemia and needed a blood transfusion from another zebra in order to survive. About a month later, Daisy was found during a routine operation in South Africa’s Kruger National Park. She was just 12 hours old and extremely weak due to a severe umbilical infection that could have ended her life. She joined Modjadji at the sanctuary, who was happy to have some company during her recovery.

Soon, she and Daisy became inseparable. During their six months in the ICU, Daisy and Modjadji looked after each other as they both recovered from their serious procedures. Although Daisy and Modjadji remain very close, Care For Wild's long term goal is to "successfully release them back into their natural ecosystems with their own species." Although they both have a long recovery ahead, they have each other for support. Both survivors are a testament to how strong the bond between animals can be, especially in dire situations.