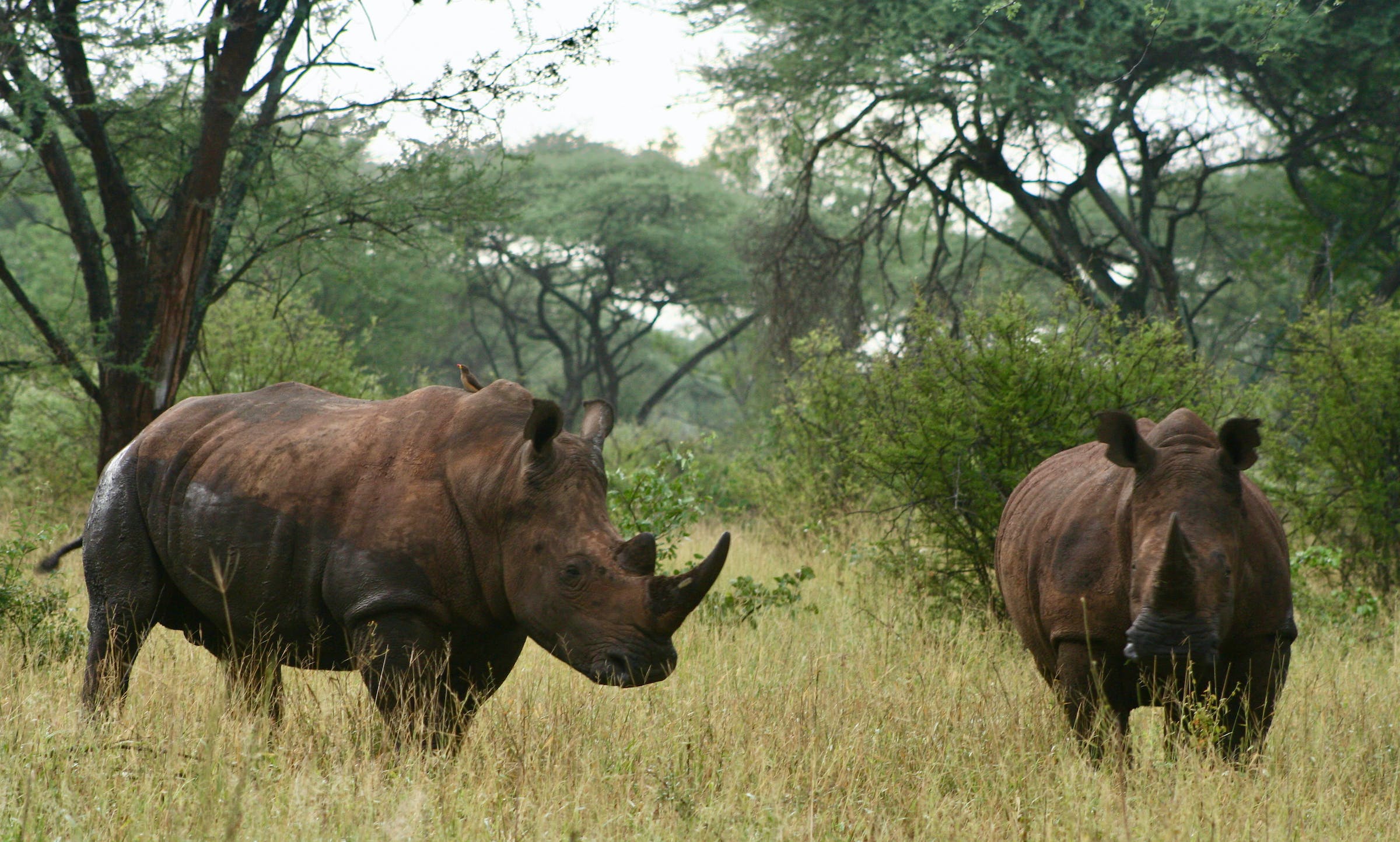 The Top Threats to Rhinos

Whether in the African grasslands or the Sumatran tropical forests, adult rhinos thrive in the wild with no true predators. Despite this fact, all rhino species are in peril. Some species, like the Sumatran rhino, are Critically Endangered, and their populations are teetering at dangerously low numbers. Others, like the western black rhino and the Bornean rhino, were declared extinct in 2011 and 2015, respectively. The common, singular threat to worldwide rhino populations is human-driven pressure.

The most calamitous threat to rhinos is the illegal wildlife trade, which demands just one body part from them: the horn. Poachers illegally hunt rhinos for solely their horns, which are then sold on the black market at more than the price of gold.

Robust demand for rhino horns is driven by the discredited belief in their medicinal properties. Despite sharing the same protein composition of human hair, rhino horn is highly sought in Vietnam and other parts of Asia as a curative.

Dramatic habitat loss and degradation are also massive threats to all rhino species. Tropical forest ecosystems, in particular, are being converted at a rapid rate into agricultural croplands for palm oil and coffee, impacting all endemic species. And in both Asia and Africa, urban settlements are increasingly fragmenting habitats and disconnecting rhino populations from food sources and potential mates.

The Rhino Recovery Fund is dedicated to fighting these threats, supporting conservationists around the world who work to protect rhinos, and helping these amazing animals recover their numbers.