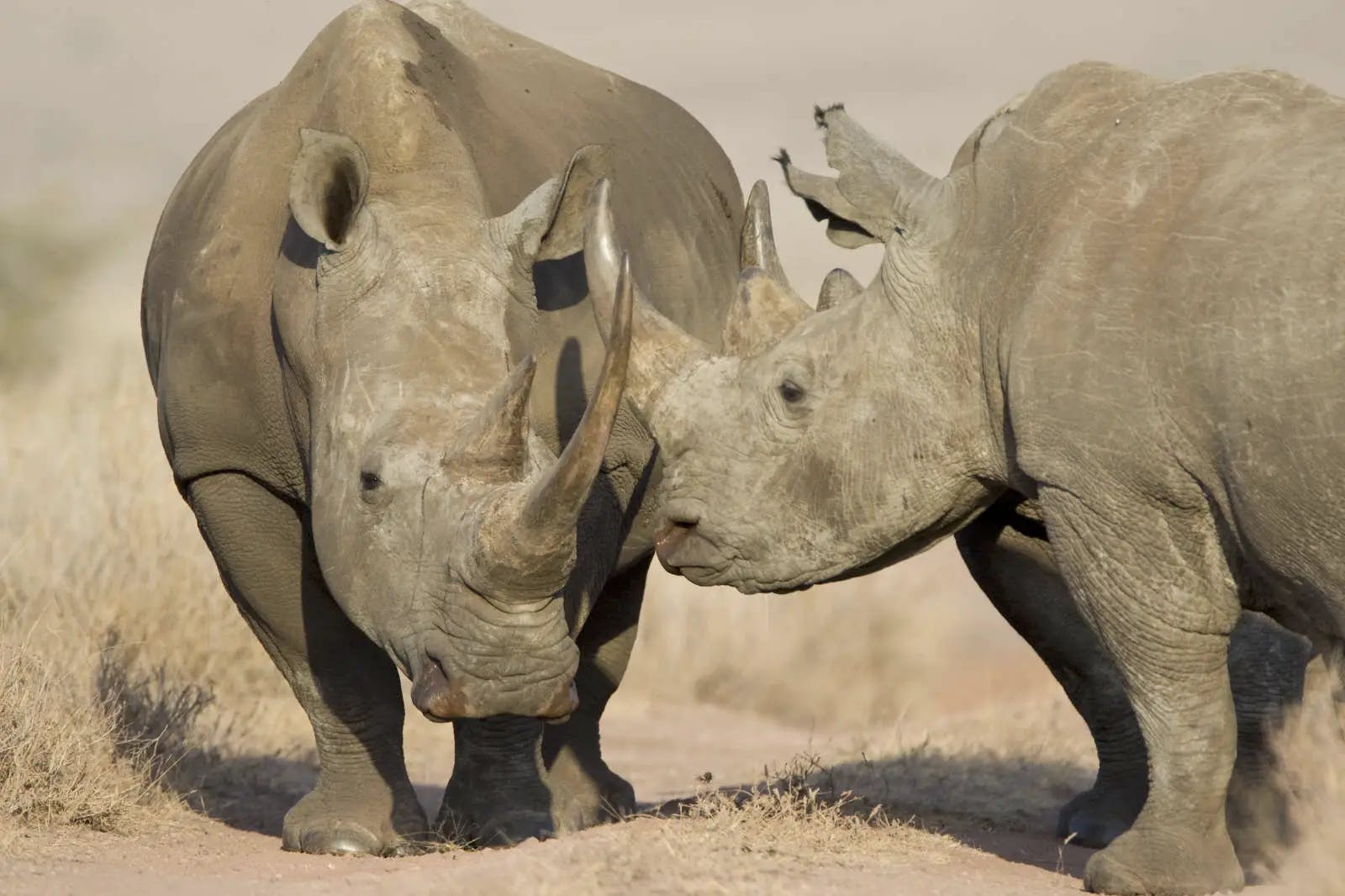 The Rhino Recovery Fund Launches in 2020

The rhino is one of the most recognizable animals on the planet and holds a top place in Africa’s pantheon of fascinating wildlife. Rhinos are an ancient species, they’ve been on Earth for 50 million years, and they continue to play a crucial role in shaping ecosystems. Yet these gentle giants are at risk of disappearing from the wild. The Wildlife Conservation Network (WCN) is passionate about these incredible animals and we are excited to do our part in making sure rhinos can thrive once again. Adding to our established Wildlife Funds, WCN has created the Rhino Recovery Fund (RRF) to aid the conservation of these most iconic animals.

There are five species of rhino living today: the black and white rhinos in Africa, and the Javan, Sumatran, and greater one-horned rhinos in Asia. It is estimated that at the beginning of the 20th century, 500,000 rhinos roamed wild landscapes. Today, there are less than 25,000 left across Africa and Asia. The two biggest threats that rhinos face are the illegal rhino horn trade and rampant habitat loss. Therefore, the RRF’s goal is to protect rhinos from wildlife crime and restore their landscapes, while also improving the health of rhino populations and benefiting local people. Projects supported by the RRF aim to stop the loss of rhinos in Africa and Asia and both protect and increase all current rhino populations.

Despite distinguishing physical attributes, each species of rhino shares the same recognizable trait: the horn on their snouts. Unfortunately, this remarkable characteristic is what has driven extensive poaching that has imperiled rhinos so dramatically. This is why the RRF’s Rhino Guardians strategy invests in projects designed to protect African rhinos from wildlife crime by stopping rhino poaching and ending the trafficking and demand for rhino horn.

WCN’s Wildlife Funds have a proven track record of encouraging collaboration among grantees and producing significant conservation successes. Elephants, lions, and pangolins have received considerable protections against wildlife criminals and renewed access to wild spaces thanks to their respective Wildlife Funds, and now rhinos are poised to benefit as well. Rhino conservation, which often depends on tourism income, has been hit especially hard by the lockdown in response to the COVID-19 pandemic. The RRF is launching just in time to help conservationists regroup and continue their efforts to protect rhinos.

The RRF’s strategies enable the Fund to support projects that take new approaches to rhino conservation that benefit both local communities and rhinos, and that encourage everyone to embrace rhinos and participate in their recovery. In its first few months, the Rhino Recovery Fund has already issued grants to nine projects in six countries.

WCN believes that there is still hope for rhinos, together we can help their populations turn a corner. Through the Rhino Recovery Fund, we can support effective projects that are working to ensure that rhinos won’t vanish from the wild.