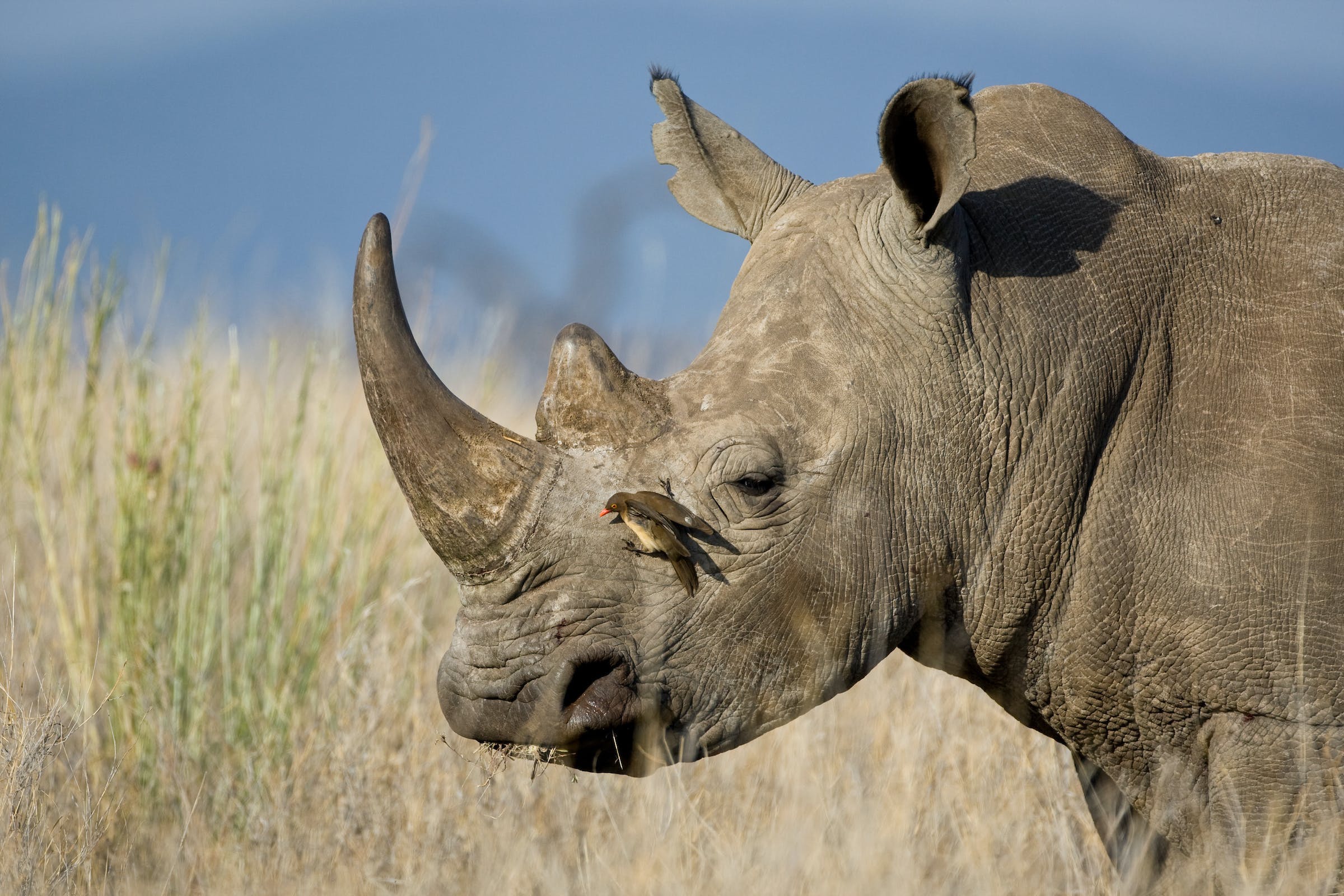 A cheeky, red-beaked, black-feathered bird hitching a ride atop a rhino's back is an iconic image. Known as an oxpecker, it maintains a symbiotic relationship with Africa's white and black rhinos. Even the bird's Swahili name, askari wa kifaru, means "the rhino's guard."

Oxpeckers feast upon the insects, parasites, and ticks that agitate rhinos, liberating the horned giants of these tiny pests. Although oxpeckers can themselves sometimes become a nuisance to their rhino hosts by overpicking at their skin.

The birds also serve as an alarm system for the poorly-visioned rhino. When danger approaches, the oxpecker creates a commotion, promptly warning the rhino of an approaching threat, like lions or hyenas.

A recent study found that rhinos who enjoy the company of oxpeckers are more likely to avoid getting shot by poachers. As with any other threat, oxpeckers sound the alarm to an approaching human, increasing the chance for a rhino to avoid poachers.

The rhino and pest-eating bird is a truly emblematic example of teamwork in nature.