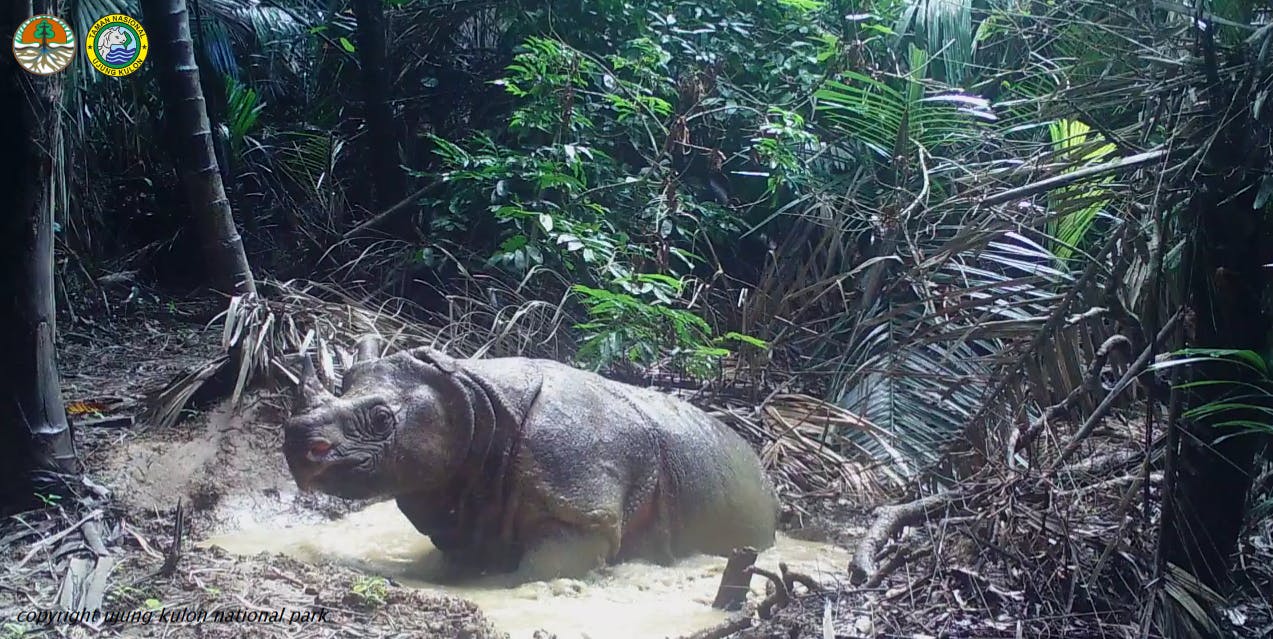 The Javan rhino is one of the most elusive species of rhino in the world, and has the unfortunate distinction of having the smallest remaining population of all rhinos. But recent news offers some hope for their recovery.

Four new Javan rhino calves were captured by camera traps in Indonesia’s Ujung Kulon National Park on the island of Java. This national park is the last remaining home of the only known population of Javan rhinos in existence; the species has been pushed to the brink of extinction by long-term poaching and habitat loss. The four calves now boost the Javan rhino population to an estimated 72 individuals.

These new births are a welcome source of hope for this rare species, but threats of habitat loss and harmful human activities still loom. Greater protections are needed to help the Javan rhino continue this positive trend toward recovery.

Below you can see rare footage of a Javan rhino and her calf, courtesy Ujung Kulon National Park and the Ministry of Environment and Forestry, Indonesia, and the International Rhino Foundation:

To read more about Javan rhinos and efforts to increase their numbers, click here.