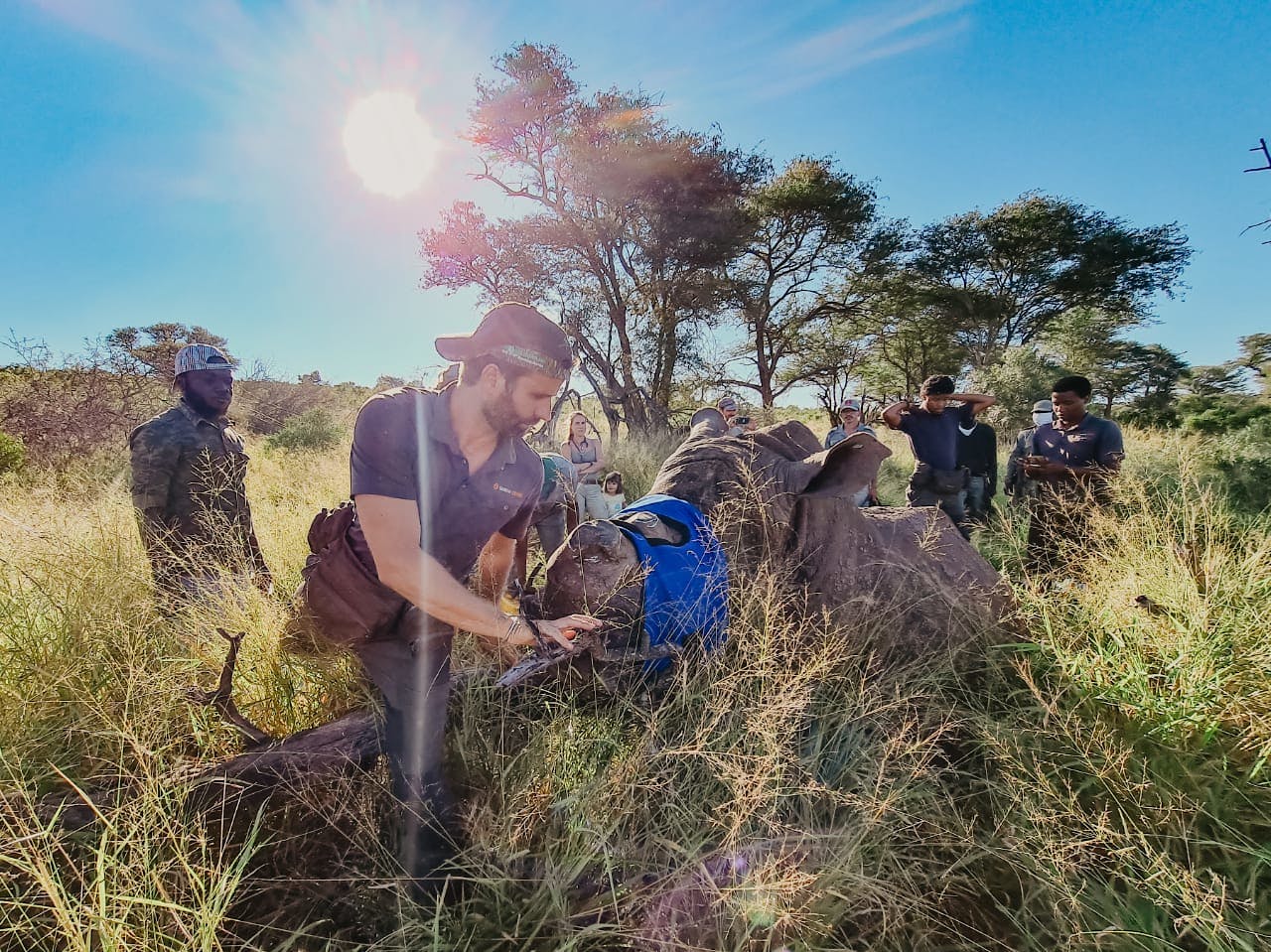 Mozambique's Rhinos are Increasing Due to Dehorning

Markus Hofmeyr, Director of the Rhino Recovery Fund, recently visited Mozambique to spend time in the field with the Mozambique Wildlife Association (MWA), a local RRF grantee. MWA aids the Mozambican government with veterinary interventions, conservation management, and the security of the country’s rhino population.

MWA recently orchestrated the strategic dehorning of a group of rhinos along the Mozambique-South Africa border as part of a regional effort to improve rhino security in this high risk landscape. If any rhino from South Africa’s Kruger National Park crosses the border into Mozambique, there is a policy that the rhino will be dehorned by Mozambican authorities for its own safety. So far, this policy has worked well for reserves in both countries—Mozambique has not lost a rhino to poachers in over six months, and if the dehorned rhinos cross back into Kruger, decreased poaching risk goes with them.

Dehorning is an effective, temporary preventative measure against poaching, but it is not a permanent solution. It takes several years for a rhino horn to grow back to full size, so while dehorning does provide a decent amount of protection, eventually poachers will be attracted to these rhinos again. And the length of the horn is not what makes it a valuable target, it’s the weight of the horn. So even if a horn is not fully regrown, there is the possibility that a rhino may fall victim to wildlife criminals if its horn has regrown a certain amount. Poachers are adaptable opportunists, meaning if all they have available to them is rhinos with stumpy horns, that may not fully deter them.

Yet for high risk areas, dehorning is still a viable method to buy conservation groups the time necessary to establish permanent rhino protections. Dehorning has become regular policy in other African countries besides Mozambique, such as Namibia and parts of South Africa and Botswana. While dehorning is not the preferred method of protecting rhinos, it causes the rhinos no pain and has reduced poaching risk to the point where rhino numbers are increasing, especially in Namibia and Mozambique.

This two-day dehorning operation was made possible by a grant from the RRF to MWA earlier this year, and MWA carried out the dehorning with the aid of ANAC Conservacao, Mozambique’s ministry responsible for conservation activities. With continued cooperation between governments and conservationists, further actions like this can be carried out to reduce poaching targets and bolster the safety of rhino populations. Community involvement and good intelligence also play crucial roles in the success of these operations.

It is very encouraging to see rhinos surviving in Mozambique thanks to the hard work of conservationists and authorities. The RRF supports interventions that effectively protect rhinos, and dehorning will be a part of future activities, but the long-term goal of all rhino interventions must be the safeguarding of wild spaces for rhinos to flourish with intact horns.