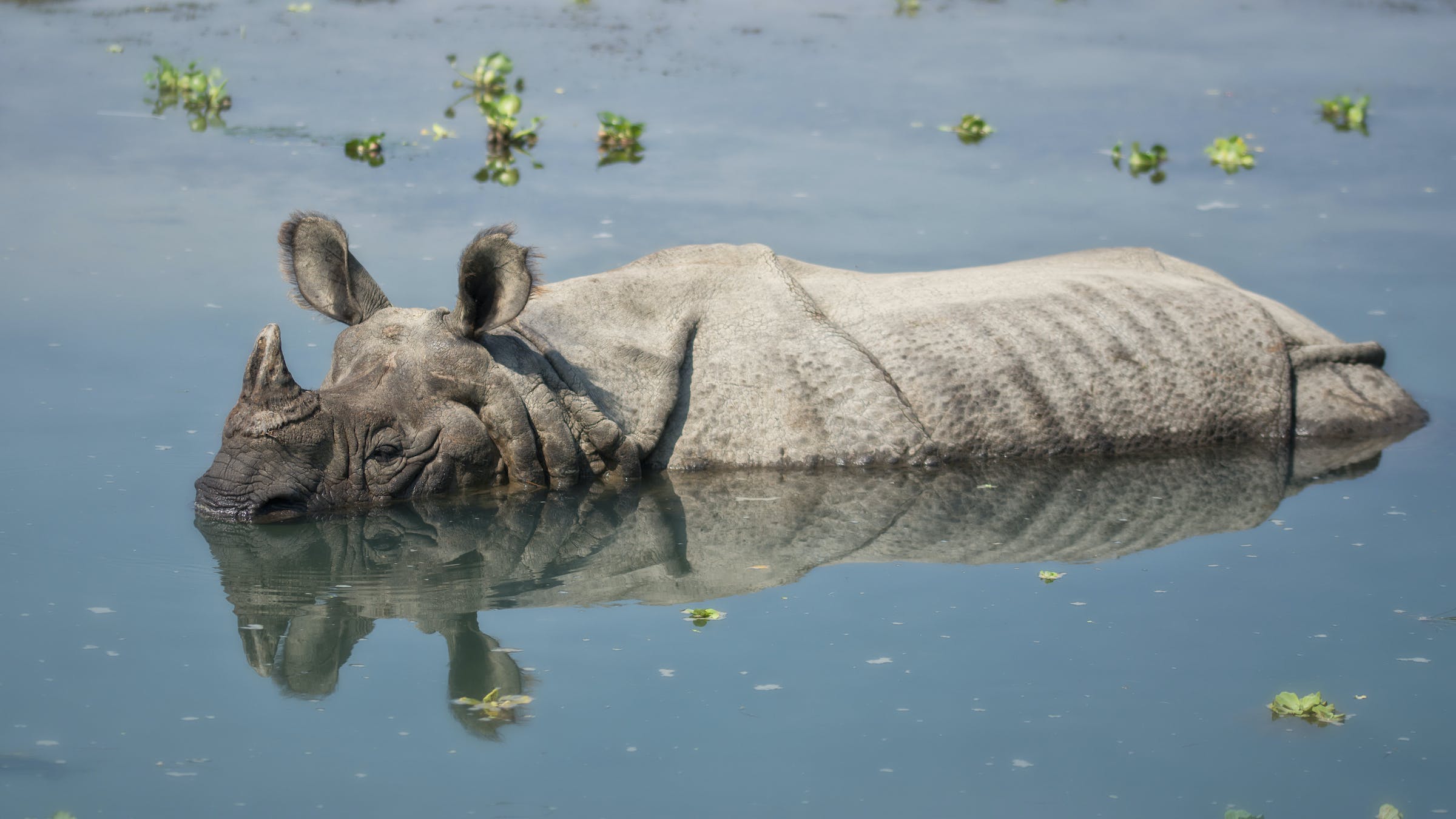 Protecting greater one-horned rhinos and their habitat in Assam, India

The state of Assam, India, is host to about 71.87% of the global wild population of greater one-horned rhinos, which are listed as Vulnerable by the IUCN. Aaranyak’s project, with support from the RRF, intends to further strengthen rhino conservation efforts through community awareness, grassland improvement, weed controlment, increase in efficacy in rhino capture and translocation and help capture and translocate rhinos within Assam under Indian Rhino Vision 2.0. The greater one-horned rhino is being recognized as the epitome of conservation in Assam, from being downlisted from Endangered to Vulnerable in 2008. It is important to keep in mind that although the greater one-horned rhino has seen success, this species is still a conservation and protection dependent species.